I had planned on writing a review for each episode of Daredevil as I went along, but the Netflix model of viewing was problematic. Not until the last few episodes did I actually binge-watch, but there was still the problem that I watched multiple episodes, sometimes at odd times. (4.16 am, now there is an odd time).

As a result, I’d find episodes blurring and subplots vanishing. Suffice to say, the show was excellent and even the weaker episodes were all good. In fact, my only real issues were with the dodgy angles and cheesy shots of Daredevil in the last episode, but I suppose that kind of thing happens when you hand over the directing duties to the less-experienced show-runner/head writer. He wrote it, so he can screw it up if he wants!

My wife, Beth, has recently been diagnosed with Adult ADHD (check out her blog on the topic here. Yay! Nepotism!) As a result of her medication, she decided to join me in watching the show – as previously serialized drama, especially a comic-based one, was not necessarily her cup of tea. Watching it together, one Daredevil fan and one newbie, made certain things clear. First, there is a lot more to this show than superhero punching action. Karen Page is a character I missed in the comics, though I know enough to see that she has been altered the most in her transition from page to screen. I liked her in the show but I was there largely for the Daredevil v. ninja action, if I’m honest. So it was nice to see the show from another angle, when Beth talked about how she saw the show as being Karen Page’s story. It was all about Karen v. corporate crime with Matt Murdock’s vigilante nightlife as the secondary story. It was cool to look at the show from this angle, especially as the main criticism about the show has been the under-use of its female characters. Hopefully Season Two will fix this, with Karen and maybe Elektra.

The main thing about watching the show with Beth was that she had a lot of questions about comic books. Questions with answers I suppose I take for granted after 20 years of comic book reading. The obvious questions – is it based on a particular comic? Or is it an amalgamation of several stories? Or is it entirely new material?

The answer is all of the above. If you’ve not read any Daredevil and want to check out the source material for the show it’s probably best to start with the main inspiration, Frank Miller’s The Man Without Fear mini-series, but bits and bobs are taken from other comics. As for the original stuff, Fisk’s righthand man, Wesley, is, to the best of my knowledge, new to the TV series.

When we started discussing Daredevil (and the rest of Marvel’s) 50 years of backstory, things got messy. Beth thought that most major runs were independent of each other. Nope. 50 messy years of continuous history. This is unlike DC comics who periodically reboot all their books.

So Daredevil has been around for 50 years, had all these adventures, and they all count? Yup, even the story were Matt pretended to be his own, non-blind twin, Mike… So obviously things aren’t in real time! So how much time has passed? Well, um. Good question. For some characters, time has barely moved in 50 years. For others, there has been some ageing, probably most noticeable with Peter Parker and the X-men’s Kitty Pride, both of whom started off as high school kids and are now fully grown adults. Then there’s the Punisher. Introduced back in the day as a Vietnam vet, he has remained a Vietnam vet. This is worth noting, as usually when real-world events are incorporated into a character’s history, they tend to be updated, or retconned. So Tony Stark, AKA Ironman, in his earliest appearances was an arms dealer selling weapons in Vietnam or Korea, but in more recent comics this has been updated to Iraq or Afghanistan. (And will probably be updated 10 years from now, to whichever war we’re fighting then!) 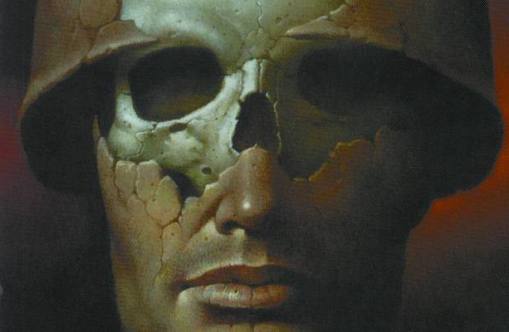 So the Punisher was, and remains to this day, a Vietnam vet and, as a result, has aged in something resembling real time. To sum up, continuity is a mess. (Something that is now continuing into the films. Avengers 2 is not a sequel to the Avengers but instead a sequel to Ironman 3, Captain America 2 and Thor 2, meaning that if you have not seen pretty much all of Marvel’s output you’re gonna be lost! I hate crossovers in comics and I hope the same does not happen with the films. I’m also looking at you, Batman V. Superman.) Thankfully, Daredevil is its own thing, acknowledging the expanding Marvel Universe, but not really bothering it.

To summarise, comic book continuity is a complete mess, but that’s okay. Comic book fan or not,there is a good chance you’ll love Daredevil, cause it’s ace. Also worth noting, for anyone who hopes to convert a friend or partner to comics, Daredevil may be the show that helps. Beth decided to check out some Daredevil comics after watching. Digitally, but nobody’s perfect.